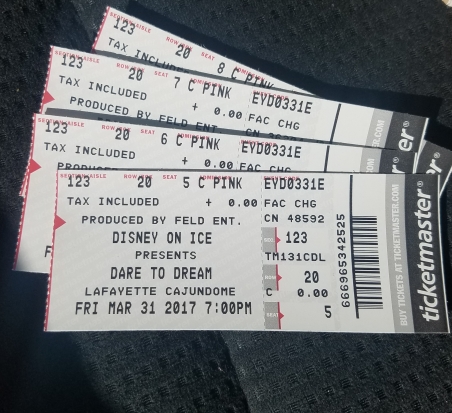 Although the venue was packed, I didn’t find it to be overcrowded or rushed. Since everyone was there with families and small children, I found the crowd to be very pleasant and respectful. When we first walked in, we were greeted by quite a few Disney workers selling food, snacks and souvenirs. The lines were not very long, and everything moved pretty quickly. We were able to get snacks, souvenirs, and a professional photo taken all within 15 minutes of arriving. Everything was fairly priced, and I thought it was very nice that some of the souvenirs come with a two year guarantee! Some things we purchased included light up wands, snow cones, t-shirts, cotton candy, and crowns. 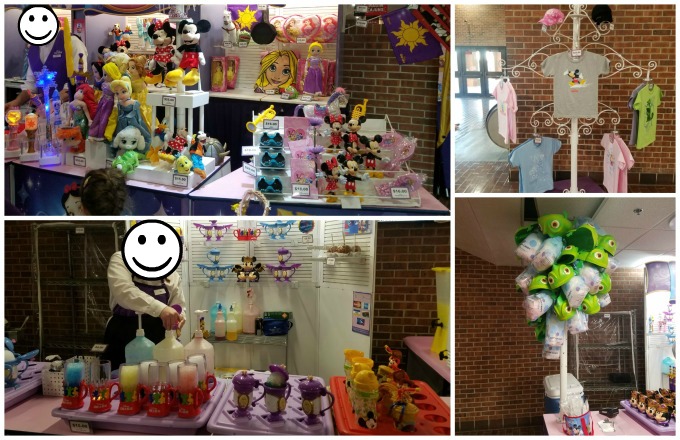 As it got closer to showtime, we made our way down to our seats which were pretty easy to find. We had seats in Section 123, Row 20. These were standard tickets valued at $15 a piece on Ticketmaster. For having standard tickets, we had a perfect view of the stage and the kids were extremely satisfied. The layout at the Cajundome is extremely nice and I believe everyone in the venue had a great view of the stage area as well. As the characters made their way out, my daughter went into complete shock. Seeing her face light up when she spotted Mickey and Minnie completely melted my heart. Through the entire show she was screaming and clapping because she was just so amazed at everything going on.

The show started with Minnie, Mickey, Donald, Goofy, and Daisy introducing the first act. They made their way around the stage and really interacted well with all of the children. I loved that the characters made full circles so that no matter where you were sitting, you still got to feel like part of the show. 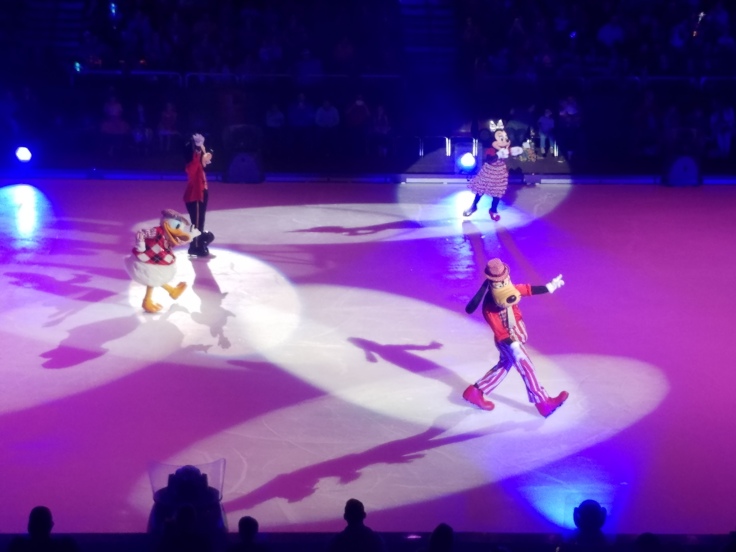 Minnie, Mickey, Donald, Goofy, and Daisy introduced the first show (The Princess and The Frog) then left the stage. My daughter loved the New Orleans jazz dances that the crew did during this act!

After this act, the Mickey Mouse crew came on stage again to announce the second act: Snow White. I must admit that this was probably my favorite act of the night. The Evil Queen took over the stage with her magic mirror and really took control of the stage! The light show that went along with this act was amazing! The seven dwarfs were hilarious and had the kids rolling in their chairs! 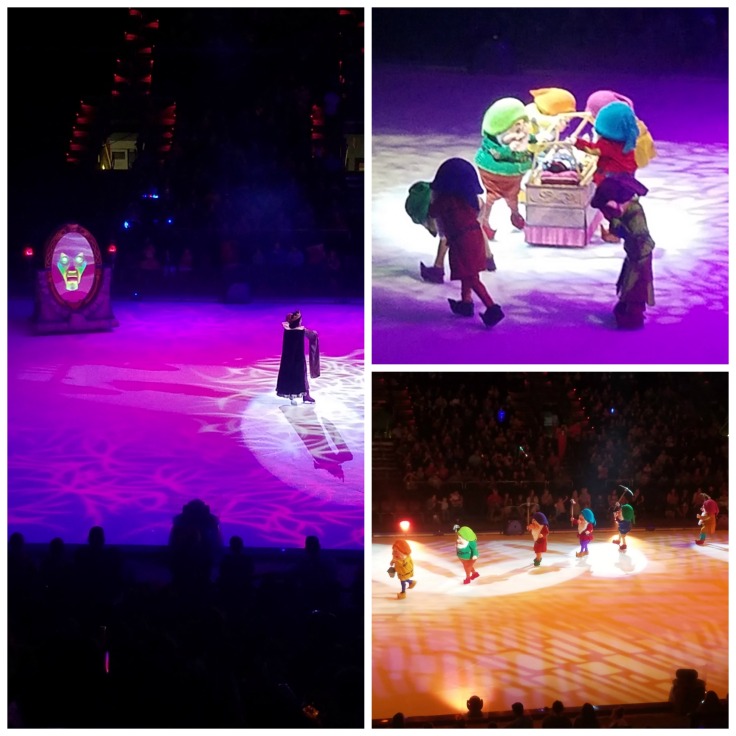 The third act was Cinderella. Like the seven dwarfs, Cinderella’s mice had the children in a fit of laughter! The evil stepsisters were also HILARIOUS! They were fighting and rolling around the stage.  The kids were amazed when the fairy godmother turned a pumpkin into a horse and carriage. As a mom I was thinking “yeah right, how are they going to do that?”. The answer is pyrotechnics. With a nice big BOOM and some sparkly (distracting) fireworks, out appeared a horse and carriage complete with Cinderella in her ball gown! 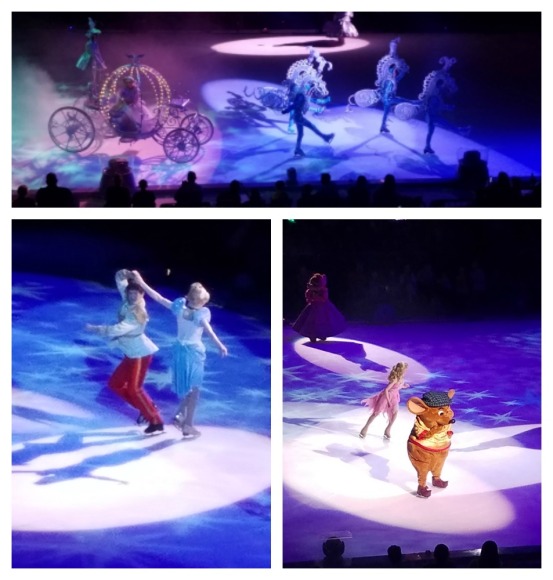 After a brief intermission the Mickey Mouse crew introduced the story of Rapunzel. This was my daughter’s favorite act. The story started with Flynn Ryder dangling from the ceiling to steal the beloved crown. Minnie and Mickey really got the crowd evolved by asking them to yell if they spotted Flynn anywhere in the area. Of course the kids were trying to warn Mickey, but Flynn got away. This was the only act that involved any in-air acts. Flynn and Rapunzel flew around in the air on Rapunzel’s “hair” which was absolutely amazing! I was also blown away by the display of the glowing lanterns at the end of this show.

Minnie, Mickey, Goofy, Daisy, and Donald returned to the stage to say their goodbyes.  Accompanied by all of the other Disney Princesses, a closing number was performed. They introduced each individual princess and her prince one by one (even ones who didn’t get the spotlight today such as Ariel and Belle). The closing number was truly magical with a quick pyrotechnics display and a silly little dance number. The entire cast wore beautiful matching white and gold outfits which were absolutely gorgeous!

Disney On Ice: Dare To Dream was just as perfect as I imagined it would be. My daughter talked about her favorite characters the entire ride home. She was eager to call her grandparents and tell them all about her Disney experience. The joy of knowing that this was a night she will never forget is completely priceless to me! I can’t wait to attend another Disney On Ice show in the future!

*For showtimes and ticket information, visit the Disney On Ice website. Tickets are still available throughout the weekend and range from $15 to $55. Showtimes include April 1st at 11:00am, 3:00pm, and 7:00pm as well as April 2nd at 1:00pm and 5:00pm. You can purchase tickets and check seat availability on Ticketmaster.*

This review was brought to you courtesy of Feld Entertainment.

*I am a Feld Family Ambassador and in exchange for my time and efforts in attending shows and reporting my opinion within this blog, as well as keeping you advised of the latest discount offers, Feld Entertainment has provided me with complimentary tickets to Feld shows and opportunities to attend private Feld pre-show events*

22 thoughts on “Disney On Ice: Dare To Dream”